Design a site like this with WordPress.com
Get started
Skip to content
fredericklove Iowa music venues August 7, 2020August 13, 2020 3 Minutes 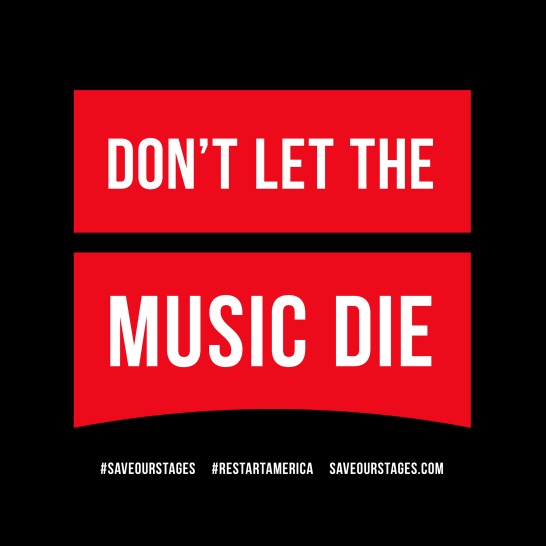 The economic calamity wrought by the coronavirus threatens to devastate live music across the country. In case you think that sounds hyperbolic, a June survey of members of the National Independent Venue Association (NIVA) found that 90% of live music venues could close within six months without additional government help.

That ought to chill music fans everywhere to the bone. But a few proposals are circulating in Congress that could provide help, some of which have received the support of Iowa lawmakers.

Here’s a quick rundown of the proposals and who’s backing them:

The RESTART Act – This legislation would amend and extend the previously approved Paycheck Protection Program with a focus on small and midsize businesses. That would be good news for music venues, and NIVA has backed this legislation. Sen. Michael Bennett, a Colorado Democrat, is the lead sponsor in the Senate. Rep. Jared Golden, a Maine Democrat, sponsored the bill in the House. The proposal has received bipartisan backing, including from Sen. Joni Ernst, an Iowa Republican who has signed on as a cosponsor. Rep. Cindy Axne (D-Iowa) and Rep. Dave Loebsack (D-Iowa) have cosponsored the companion bill in the House. This proposal was assigned the bill numbers S. 3814 in the U.S. Senate and H.R. 7481 in the U.S. House of Representatives.

The Save Our Stages Act – This bill would establish federal grants specifically for live music venues, performance spaces and theaters. It was introduced in the Senate by the bipartisan team of Minnesota Democrat Amy Klobuchar and Texas Republican John Cornyn. The narrow focus of the bill on performance venues makes it a more direct option to keep venues afloat. Dave Loebsack is currently the only Iowan in Congress cosponsoring the legislation . The Save Our Stages Act was assigned the bill numbers S. 4258 in the Senate and H.R. 7806 in the House.

The ENCORES Act – This bill would allow small music venues to recoup some of the losses they sustained due to ticket refunds from canceled events by providing a tax credit for half the value of refunded tickets. This bipartisan bill was cosponsored by Rep. Rob Kind (D-WI) and Rep. Mike Kelly (R-PA). The bill was assigned the number H.R. 7735, and Congress.gov does not list any Iowa cosponsors currently.

An overlooked aspect of this issue is the plight of publicly owned venues, such as Stephens Auditorium in Ames, which is owned by Iowa State University. Federal pandemic relief programs have excluded publicly owned venues to date, despite the fact these venues were among the first to close and will be among the last to reopen. Stephens Auditorium, named Iowa’s building of the 20th century by the Iowa chapter of the American Institute of Architects, is one of the crown jewels of Ames and absolutely deserves federal help during this unprecedented crisis. Publicly owned venues depend on ticket sales for their long-term operations, and the pandemic has crippled their business just as it has for privately owned venues.

Sen. Ernst and more than a dozen of her Senate colleagues signed a formal letter to Senate leadership asking that publicly owned venues become eligible under the Paycheck Protection Program.

This is a common-sense adjustment to an existing federal program designed to help Americans get through the financial strains of the pandemic and ought to become law.

So what can we do to support this effort? NIVA has a terrific “take action” resource on its website that allows you to send letters of support to your members of Congress. Beyond that, musicians and music fans should get active. Read up on the proposals, check in with your local music venues and let people know on social media this issue is important for the health of live music.

Virtually everyone, no matter their political affiliation, has enjoyed live music in their lives. Let’s work together to save our stages, save public venues and keep the music going!

NOTE:  This post was updated on Aug. 13 to note that Rep. Dave Loebsack has cosponsored the RESTART and Save Our Stages acts.

Fred Love is a father, husband, communications professional and passionate music fan. He lives in Ames, Iowa, where he participates in the local music scene and helps to organize the Maximum Ames Music Festival. View all posts by fredericklove